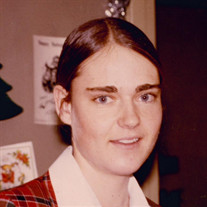 In her life that was cut too short, Dr Carolyn Dobbins has had a tremendous positive influence on those with serious mental illness and their families thanks in part to her book What A Life Can Be: One Therapist’s Take on Schizoaffective Disorder. Carolyn passed away suddenly at the age of 57 in February at her home in Knoxville, TN

Carolyn had schizoaffective disorder and wrote her book to try to give people a better understanding of that disease. Her book is written in a very unique style as a series of therapy sessions between a therapist and a patient. Initially, she did not want anyone to know that she, herself, had this affliction but I convinced her to “come out of the closet” and she did. By doing so, the impact of what she wrote was much greater.

Carolyn was an alpine skier who could have made the US Olympic team competing at the Lake Placid games had she not become ill. Despite her struggles, she graduated from the University of Utah, did a PhD in psychology at Vanderbilt and worked as a director of an addiction centre in Branson, MO for 12 years and then went into private practice. At one point, she lived in her car during her undergraduate years and was involuntarily committed while doing her PhD. In fact, she was discharged from a mental hospital and then went straight to Vanderbilt to defend her doctoral thesis.

Christina Bruni who writes a blog on serious mental illness and is the author of Left of the Dial: A Memoir of Schizophrenia, Recovery, and Hope, did an interview with Carolyn on her blog on Health Central. When she learned of Carolyn’s passing, she told me that “She was a true inspiration to many while she was alive”.

My own blurb for her work is that it is “A fascinating look into the world of schizoaffective disorder which, at times, is funny, heartbreaking, but above all uplifting. Dr. Carolyn Dobbins describes the onset and progression of this debilitating disease and gives all readers hope.”

My own hype was shared by many others. Dr E Fuller Torrey described it as “an inspiration for all who have ever experienced psychosis” and highly recommends it. Dr. Thomas G Burish, a professor of psychology and Provost of Notre Dame said “powerful and revealing, and provides a unique insight into chronic mental disease”

George E Doebler M Div. Special Advisor, Dept. of Pastoral Care, U of Tennessee Medical Center:, Executive Director, emeritus: Association of Mental Health Clergy (now Association of Professional Chaplains) said “It will challenge your thinking about mental illness, about hope, about faith, about who you are.”

Her reviews on Amazon have been incredible. To date, there have been 21 and they are all 5 Star. Carolyn’s father tells me that the Barnes and Noble in Knoxville keeps selling out and her book is being used as a text in Psychology at UT Knoxville.

Carolyn was so focused on helping others that she listed her e-mail address in the book so that readers could contact her and many did.

She will be sorely missed but her book is her legacy and it will continue to give help and comfort to those who need it.

1 thought on “In Memory of an Exceptional Advocate”